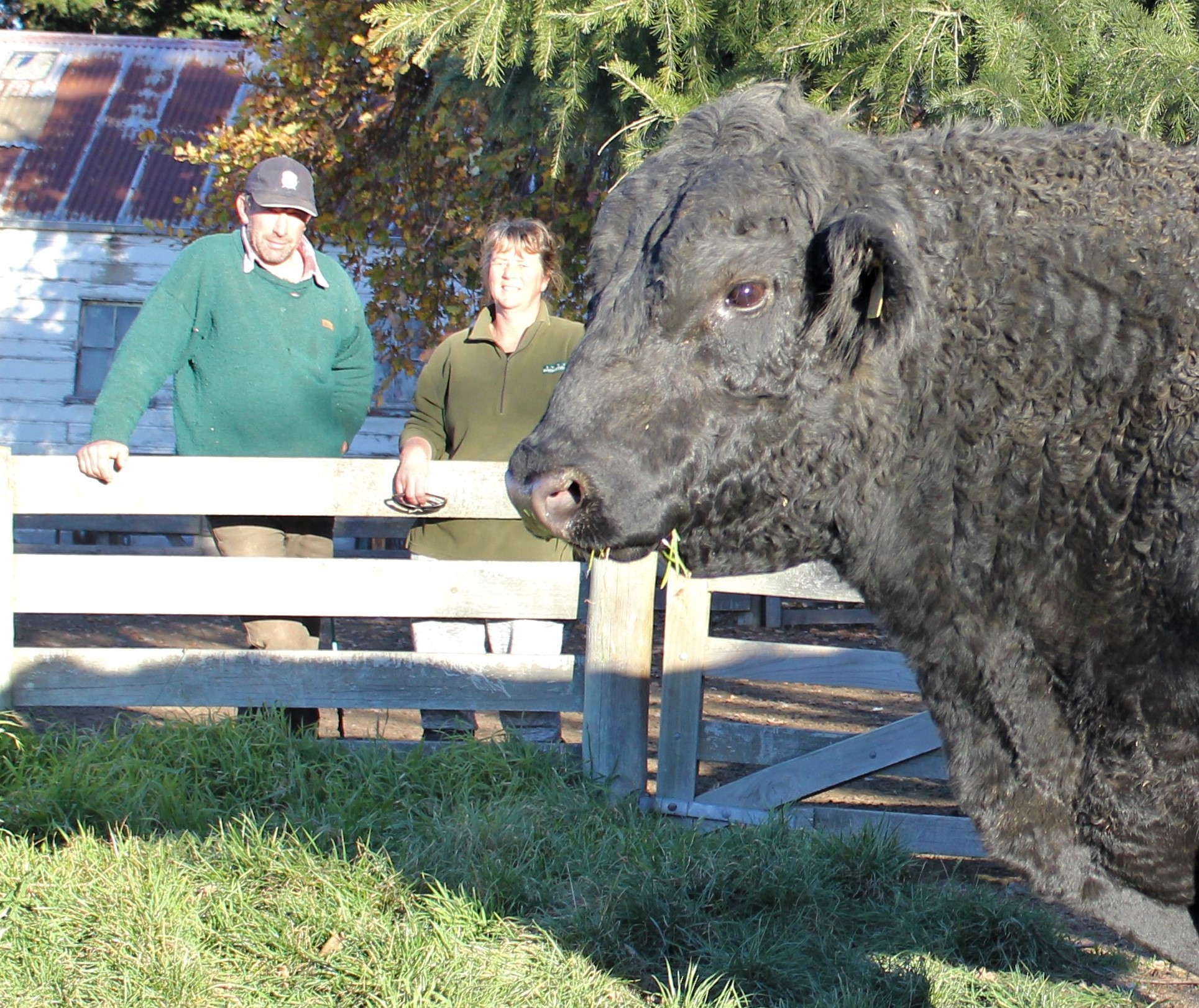 ‘The Hectors’ is a 2200 hectare run property nestled at the coastal end of the Kakanui ranges in North Otago. Typically steep and dry, this challenging North Otago property is farmed by Martin and Janene Parsons, and is where they have brought up their children, Caitlyn and Matt.

The property is predominantly tussock with 400 ha of paddock country at the front, with not a lot of strong fattening ground due to the nature of this environment. They run a mob of 130 predominantly Hereford cows which they have been topping up with replacement heifers from Rees Valley Station near Queenstown. The cows are all mated to higher growth rate Angus bulls which have been sourced from Fossil Creek Angus since 2000.

All the steer calves are sold off mum to the same finisher in Southland who is having great results – with the aim to have steers reaching the 320 kg carcase target before the next years calves arrive on the farm. These steers fit well into the ANZCO Premium Angus programme and are actively sought after. A small handful of black baldy heifer calves are kept for replacements with the balance going to Omarama to fatten under a pivot at Richard and Wendy Parson’s Twinburn station, another Fossil Creek client.

Martin commented that with steady genetic improvement, their calves are  weaning at least 50 kg heavier than the past, resulting in much higher returns to their bottom line. This, combined with the high fertility delivers regularly scanning over 95%, and makes their beef cow operation a valuable addition to ‘The Hectors’ predominately sheep farming system.

“Martin and Janene are doing the right thing when selecting bulls” says Neil Sanderson of Fossil Creek Angus, “they are looking at the basic traits that pay the bills first and foremost and at the same time making sure that they breed a product that is in demand for their finisher clients”.

Blair Smith of Fossil Creek agrees, “It is essential that all beef farmers separate out maternal traits from terminal traits when analysing EBVs at bull sale time, just as Martin and Janene are doing –  good early in calf rates, a live calf on the ground and good growth rates pay the highest return on investment for both the breeder and the finisher, every single time”.

Only yesterday the Parsons said goodbye to their oldest Fossil Creek bull, and at 10 years of age, he certainly earnt his kept while here in the tussocks of the Kakanui range. He tipped the scales at 577kg Carcase Weight – a profitable life and a profitable exit with this weight returning probably as much as he cost 10 years ago!

Scroll back to top